A Brief History of Ecommerce (and a Look at the Future)

President Theodore Roosevelt once said, “The more you know about the past, the better prepared you are for the future.” We couldn’t agree more! As an eCommerce business, it’s important to understand your roots. So, to make good by that famous quote, we’ll take a look at the history of eCommerce (no, it wasn’t invented in the 90s) with a quick look at what’s to come.

The History of Ecommerce Timeline

The moon landing. Vietnam. Woodstock. 1969 is known for a number of things, but it may surprise you to know it’s also where our eCommerce timeline begins!

Amidst the landmark events of 1969, the history of eCommerce in the USA – and the world – begins in Columbus, Ohio with the launch of CompuServe, the first eCommerce company. Because there’s no internet, the company provides computer sharing services to businesses by sending data through phone lines (known as Electronic Data Interchange, or EDI).

You may hear that the first online sale was marijuana, but this is only partially true. While Stanford University and MIT students do use an Arpanet account to make a marijuana sale, money and product still exchanges hands in person. So while a computer facilitates the transaction, it’s not truly “sold over the internet.”

Ten years after the founding of CompuServe, British inventor Michael Aldrich demonstrates how electronic shopping could work by connecting a modified television to a transaction-processing computer via telephone line.

One of the first examples of online retail, CompuServe introduces the Electronic Mall in 1984, allowing its users to purchase products from approximately 100 different merchants. Check out these vintage news clips highlighting this new way to shop. Think it will catch on?

The first web browser launches, which will be a catalyst for online shopping as internet users can quickly find what they’re looking for and retailers can reach a broader audience.

1994: The First Secure Online Transaction is Made

A full ten years after the launch of the Electronic Mall, Netscape 1.0 releases. Featuring a protocol called Secure Socket Layer (SSL), it keeps both the sending and receiving side of online transactions secure through encryption. A number of third-party credit card processing companies launch shortly after as the internet becomes a truly commercial medium.

Originally introduced as Confinity, PayPal debuts as a money transfer tool. By 2000, it would merge with Elon Musk’s online banking company and mark its rise in popularity.

Startups proliferate, with entrepreneurs being seduced by the get-rich-quick promise of the internet. Of course, the good times won’t last forever...

2000: The Dotcom Bust and Online Advertising

The bubble bursts with the NASDAQ falling 75% from March 2000 to October 2002, erasing most of the gains made since the internet took off. Many online and technology entities declare bankruptcy, including Webvan, an early grocery delivery service.

Despite the bust, Google AdWords is introduced as a way for eCommerce companies to advertise through short-text ad copy and display URLs. Pay-per-click (PPC) advertising efforts of online retailers takes off.

eCommerce bounces back from the bust big time, and Cyber Monday (the Monday after Black Friday) is introduced to boost online holiday purchases. In addition, Amazon launches Amazon Prime, giving members free 2-day shipping within the United States and making expedited shipping a consumer expectation. Today, there are approximately 142 million Prime members in the United States.

Shopify as we know it today is founded by Tobias Lütke, Daniel Weinand, and Scott Lake, making it easy for merchants to create online stores. Many other eCommerce platforms, such as Magento and BigCommerce, quickly enter the space and make a name for themselves.

Though the aforementioned Webvan and other grocery delivery services failed or struggled in the past, food shopping finally finds its groove in 2012, with the founding of Instacart. Instacart sends shoppers to local stores to pick out groceries that consumers order online. Today, with advances in cold warehousing and delivery, online food shopping is big business.

The coronavirus pandemic forces many physical stores to close their doors, and lockdowns keep many citizens quarantined at home. To purchase essentials and combat boredom, people embrace online shopping. According to data from IBM’s U.S. Retail Index, the pandemic accelerated the shift away from physical stores to digital shopping by roughly five years.

The Future of Ecommerce

The future of eCommerce is a bright one! In the United States, eCommerce sales are expected to overtake in-store sales by 2024. However, as legacy wholesalers go online and global retail giants like Walmart expand their ecommerce initiatives, digital competition will only grow. In addition, competitors in product categories that aren’t traditionally in demand online, such as household essentials, health, and personal care items, will also be competing for ecommerce shoppers.

To survive and grow, eCommerce retailers will need to find their niche or find other ways to compete (be sure to check out our blog, 10 Common eCommerce Challenges and How to Overcome Them). One way to compete, of course, is by outsourcing shipping to a third-party logistics (3PL) company such as The Fulfillment Lab.

Along with offering safe and secure storage and shipping, The Fulfillment Lab delivers an awesome customer experience. Think about it: Without a physical storefront, eCommerce retailers don’t have a main touchpoint with customers until they receive their package. So, the delivery needs to be memorable.

Our fulfillment marketing makes this possible, allowing eCommerce retailers to tailor the entire fulfillment experience to their customers. This helps to:

Using our global Fulfillment Software (GFS™), eCommerce retailers can quickly integrate their e-commerce platform and set up fulfillment logistics. It only takes a couple of minutes to begin managing inventory, tracking orders, customizing packages, and much more. Contact us today to learn more! 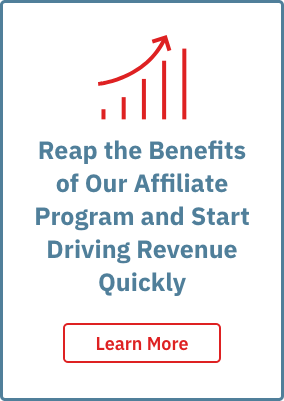