Back in 2016, millions of people went on a worldwide hunt, guided by the camera and navigation system on their smartphones. Were they trying to track down a criminal? In search of hidden treasure?

Actually, they were playing Pokémon GO, a game that digitally superimposes animated creatures on top of whatever scenery appears on the smartphone’s screen when its camera scans the surroundings. The goal of the game? To “capture” all the  Pokémon characters found in a Pokédex log book.

Sound silly? Well, according to Guinness World Records, Pokémon GO’s revenue was higher than any mobile game ever, raking in more than $200 million in just its first month. Suddenly, it wasn’t so silly, and companies have been looking for ways to duplicate that success and bring augmented reality to their business ever since.

What Is Augmented Reality?

Through a smartphone or other gadget, augmented reality (AR), sometimes called mixed reality, enhances a user's physical environment with digital content overlaid right on top of it (i.e., it augments the user’s real-world surroundings).

For example, while looking through the camera of your phone while in your home, you’ll still recognize your living room and anyone in it, but there will be some digital augmentation, such as text descriptions or a dog that’s not really there. Go into your backyard, and perhaps a dinosaur will be coming at you, or a UFO will be landing in the distance. Anything is possible!

Here’s some of the ways AR is already being used today:

There’s often confusion about AR and virtual reality (VR). Now that you know what AR is, how is it different from VR?

VR is all about immersing the user into an entirely new reality. It requires a headset to completely block out the real world, in order to simulate an alternative reality where you may experience the thrill of race car driving, skydiving, or zombie hunting. Of course, both are being used across numerous industries and are also making an impact when it comes to marketing.

How Augmented Reality is Being Used in Marketing

A 2019 Deloitte survey reveals that nearly 90% of large companies (those with annual revenues of $100M to $1B) are leveraging AR or VR technology, while adoption among small and medium-sized companies remains much lower. Why?

Along with thinking of AR as just a gaming technology, the other big misconception some small and medium-sized companies have about AR is that it will require a hefty financial investment in new technology. Again, this is simply not true. Smartphones – and who doesn’t have one these days – allow everyone to enjoy virtual experiences.

Of course, AR does much more than entertain. Augmented reality in marketing can be used as a brand differentiator to deliver lasting impressions. Those that are using AR successfully understand that it needs to provide value, and not just be a gimmick. Because the technology is still relatively young, gimmicks can work in the short-term, but it won’t be long before AR is considered a marketing mainstay and it’s novelty wears off. That’s when only those that use AR the right way will benefit.

How does AR provide value? Well, the answer is partially in the name itself: It needs to augment the users’ reality and provide an experience. It can’t just give some additional content that could easily be found on a website. In fact, that’s pretty much what QR codes did, and why they aren’t nearly as popular today despite their brief resurgence as a channel for contactless menus during COVID. Now just think if, rather than read about that filet mignon on a contactless menu, it appeared in front of you using AR.

In short, to provide value, augmented reality must do the following:

We’ll take a look at five companies using AR the right way in a moment.

Still not sure AR is right for your business? Before we highlight its benefits, look at some of these stats about consumers and augmented reality in eCommerce compiled by the Eclipse Group:

As adoption rates for AR technology continue to skyrocket, these statistics are sure to grow as well.

While we’ve given you an overview of why you should employ an AR strategy for your business, here’s a quick hit list of benefits.

AR lets you put a product in a consumer’s hands without them even leaving their home. From test driving a potential new car to trying out a new color of lipstick (two augmented reality examples we’ll highlight in the next section), you can create AR experiences that encourage purchase

Returns management can be a big expense for any business in terms of time and money. By using AR, consumers can test out products before they buy them, reducing the likelihood of a return (it also improves their experience by reducing buyers’ remorse).

Some purchases are made simply because the overall in-store shopping experience is such a good one (just think of some of the gorgeous displays). Of course, it’s hard to duplicate that on a website. However, using AR, brands can tailor an in-home experience for customers that make them feel as if they’re physically in the store.

According to the Harvard Business School, more than 30,000 new consumer products are launched each year and 80% of them fail. Now, AR can be used to showcase products that are in development and gather customer feedback. If feedback is negative, this eliminates the expense of creating expensive prototypes of launching a product only to see it fail. A positive response can let companies know whether to proceed (and maybe what tweaks to make).

Technology has made it easy for consumers to skip over television commercials and block out online advertisements. However, people often seek out AR experience, which means they come to you and are already highly engaged.

Distinguishing your brand by using AR provides a huge competitive advantage whether you’re focused on B2B or B2C sales. Who is a customer more likely to respond to, someone with a brochure and a PowerPoint presentation, or someone offering a virtual 360-degree look at their product lines?

Some products have a bit of a learning curve to them, and people learn differently. The three main learning methods are audio, visual and kinesthetic. While a radio ad may appeal to the auditory learner, you’ll need a television ad to reach the visual learner. And neither will catch the full attention of the kinesthetic learner (someone who needs a first-hand experience). With AR, you check all three boxes, reaching all three learners at once.

With the understanding that brands need their augmented reality efforts to offer value to consumers for long-term success, let’s take a look at six great augmented reality marketing campaigns and products being employed by marketers today. We’ve also linked to their YouTube videos so you can see each in action!

AR technology is ideal for helping customers make more informed product decisions. This is exactly what Gucci’s “Try-On” app does. Aiming their smartphone at their feet, customers can digitally “”try on” various Gucci shoes.The app also allows users to take photos that can then be shared on social media.

Seeing a visual representation of how the product will look is especially beneficial for expensive luxury brands, as customers may otherwise be hesitant to spend the money.

Automobiles are a big investment for many people, and the path to purchase can be difficult for manufacturers. To give customers a better understanding of its 2019 C-HR model, the company created an app that overlays images of the inner workings of the Hybrid drivetrain onto physical vehicles.

Customers can interact with the app, learning about special features such as the motor, battery, energy use, and fuel tank, as if they were sitting in the car itself. This immersive experience is key for acquiring new customers in the future.

ARtGlass turns tourist attractions into immersive experiences! The innovative AR glasses have already been rolled out at numerous locations, such as George Washington’s Mount Veron residence, Madame Tussauds museum, the Royal Villa in Monza, Italy, and at Pompeii.

How’s it work? The most immersive tour is Pompeii. While most of the streets and buildings were preserved under ash, most are hollow shells. The AR technology fills in the gaps, reconstructing the ancient buildings and adding other sights and sounds, overlaying them over the ruins. Salvatore Perrillo, the councilor in charge with productive activities at the historical site of Pompeii, said “More of the glory of Pompeii before its destruction is now being revealed. It’s both educational and emotional.”

Will this couch fit in my living room? Will these curtains go with my furniture? Swedish furniture giant Ikea understood that these are the types of questions customers have when making a purchase, and a physical catalogue doesn’t easily answer them.

Now, the Ikea Place AR app lets customers “place” furniture into their home, in exact proportions. The 3D images even react to light and shade with 98% accuracy. This allows customers to virtually “try out” a product prior to purchase.

Since 2016, cosmetics company Sephora has been offering its “Virtual Artist” app to customers, transforming the way people test out beauty products. This AR tool enables users to try out lipsticks, eyeshadows, and other beauty products, right on their own face. Within just 2 years, consumers had tried on more than 200 million shades of makeup during more than 8.5 million visits to the Sephora Virtual Artist feature.

Today, Sephora is offering live 3D facial recognition on the app, which is expected to further increase conversion rates through more accurate facial tracking and rendering.

According to TechCrunch, COVID-19 accelerated the shift to eCommerce by five years in just one year. So, it’s not surprising that, given its benefits and cost-effectiveness, that many expect augmented reality eCommerce to soon be the future of shopping. Companies that adopt AR now will be seen as forward-thinking, and will be one step ahead of others in their industry. Keep your eCommerce business on the cutting edge by creating branded, immersive AR experiences for your customers!

How to Make Fulfillment Part of Your eCommerce Marketing Strategy

Do I Need Affiliate Marketing Training to be Successful? 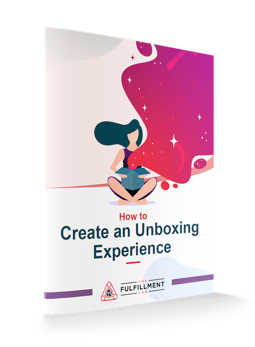 How to Create an Unboxing Experience

Download the Guide to learn how you can accentuate your brand.